Posted on 7th September 2018 at 11:45
What a journey – Harman’s then to now
Who’d have thought we’d go from a bacon butty van to servicing major contracts for the likes of The Swift Group, Bassett’s Liquorice Allsorts-makers Tangerine Confectionery, and major government infrastructure projects like the A1 and A14 road infrastructure projects?
Yet that is exactly the route Harman’s has followed since our humble beginnings, 20 years ago, as Hungry Henry’s. 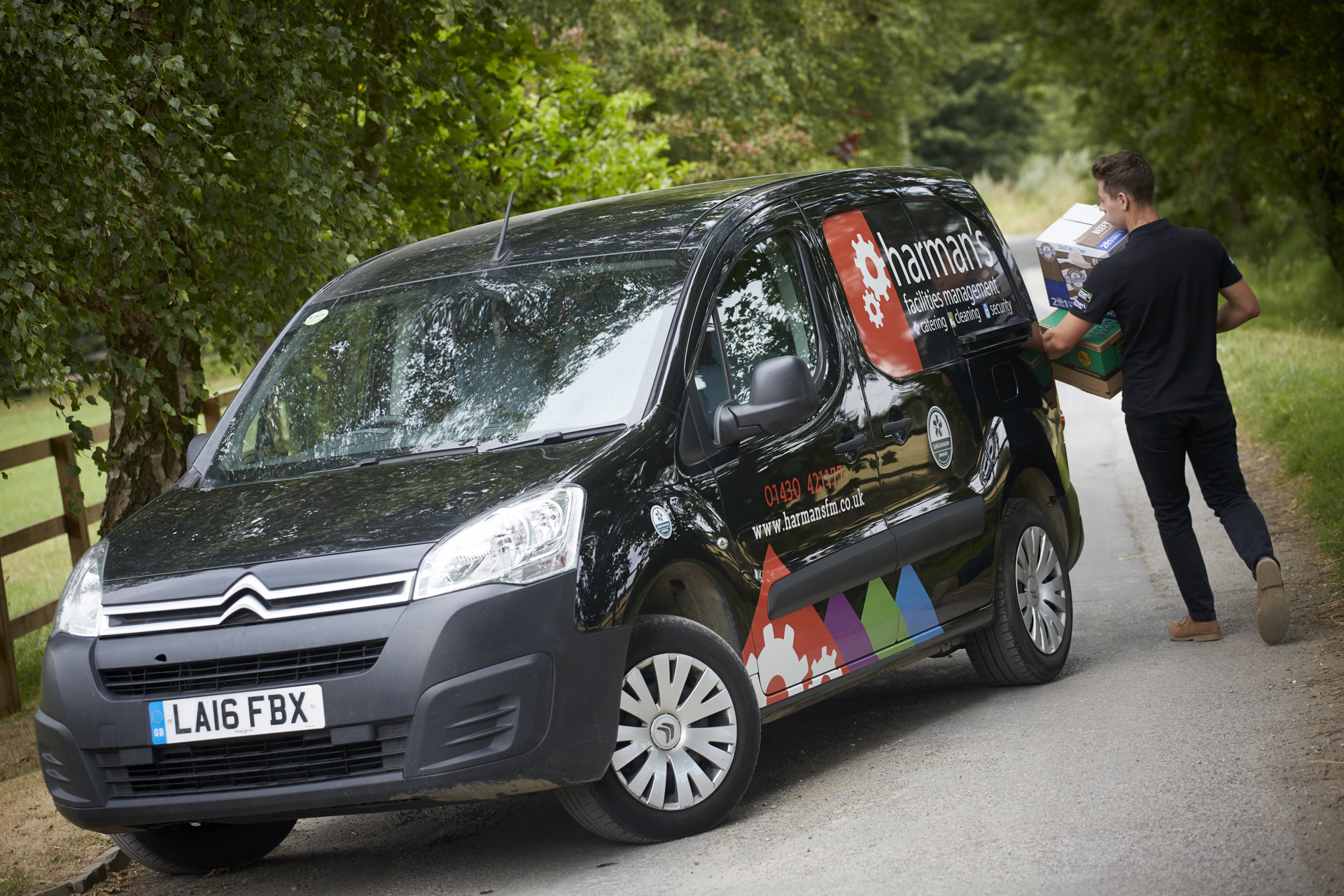 Like many of the best developments in life, the company’s creation was forced by a set of circumstances – after having her first son Henry, Erika was made redundant from her job as a commercial mortgage advisor and had to make a living somehow.
Now son Henry and husband Grant work alongside her in the business, which is turning over £3.2 million, with second son Harvey due to join the company in 2019.
“Our path as a business has really just evolved naturally,” said Erika.
But this casual phrase belies the true grit and determination it has taken to build the business into what it is today.
Opportunity knocked, we answered
“After being made redundant I was trying to decide what to do next and one of my friends told me that someone they knew was selling their catering trailer,” added Erika.
“That sale fell through but we were so captivated by the idea that we found and bought another one and created Hungry Henry’s. We sited it in the village of Brough because we knew a big housing estate was being built around there with lots of contractors in the area, and started out making £8 a day which rapidly increased. “When Grant was made redundant from his job with a paint-spraying business, he joined me and we opened a second van off the A63 at North Ferriby. When that became equally busy, we ended up employing staff to help us.”
It was at this point, having won numerous local business awards for their work, that Carillion (construction company) invited Grant and Erika to expand and run a full canteen operation for them.
“They were building a new site and had 500 workers on site who needed feeding. They rented some really big portable cabins and established a café with a team of people, and this was really our first introduction to construction site catering, which has since become a real specialism for us,” added Grant.
Our family has never looked back since, carving out a highly successful niche providing in-house catering and facilities management solutions for all manner of major companies and developments. 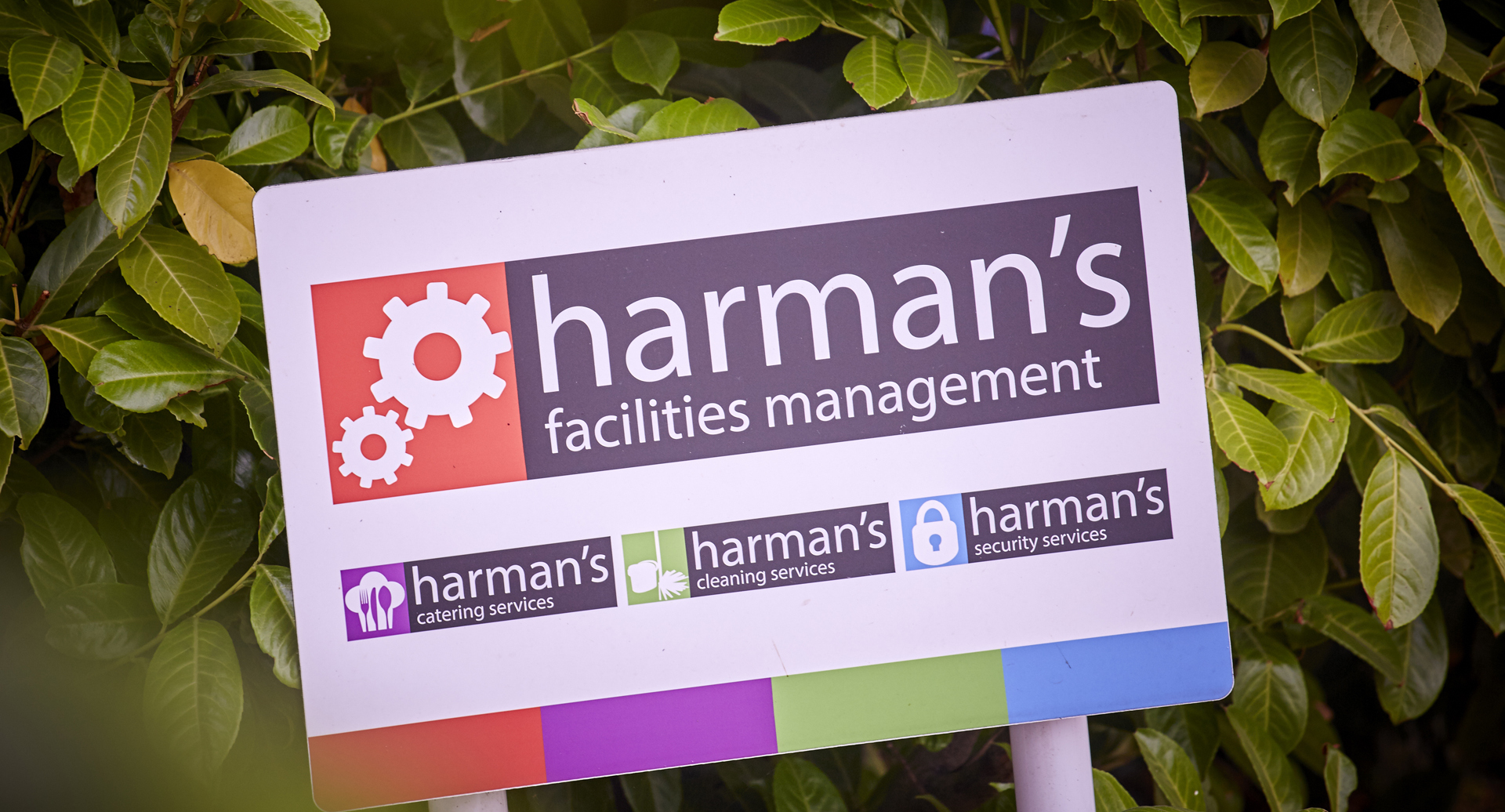 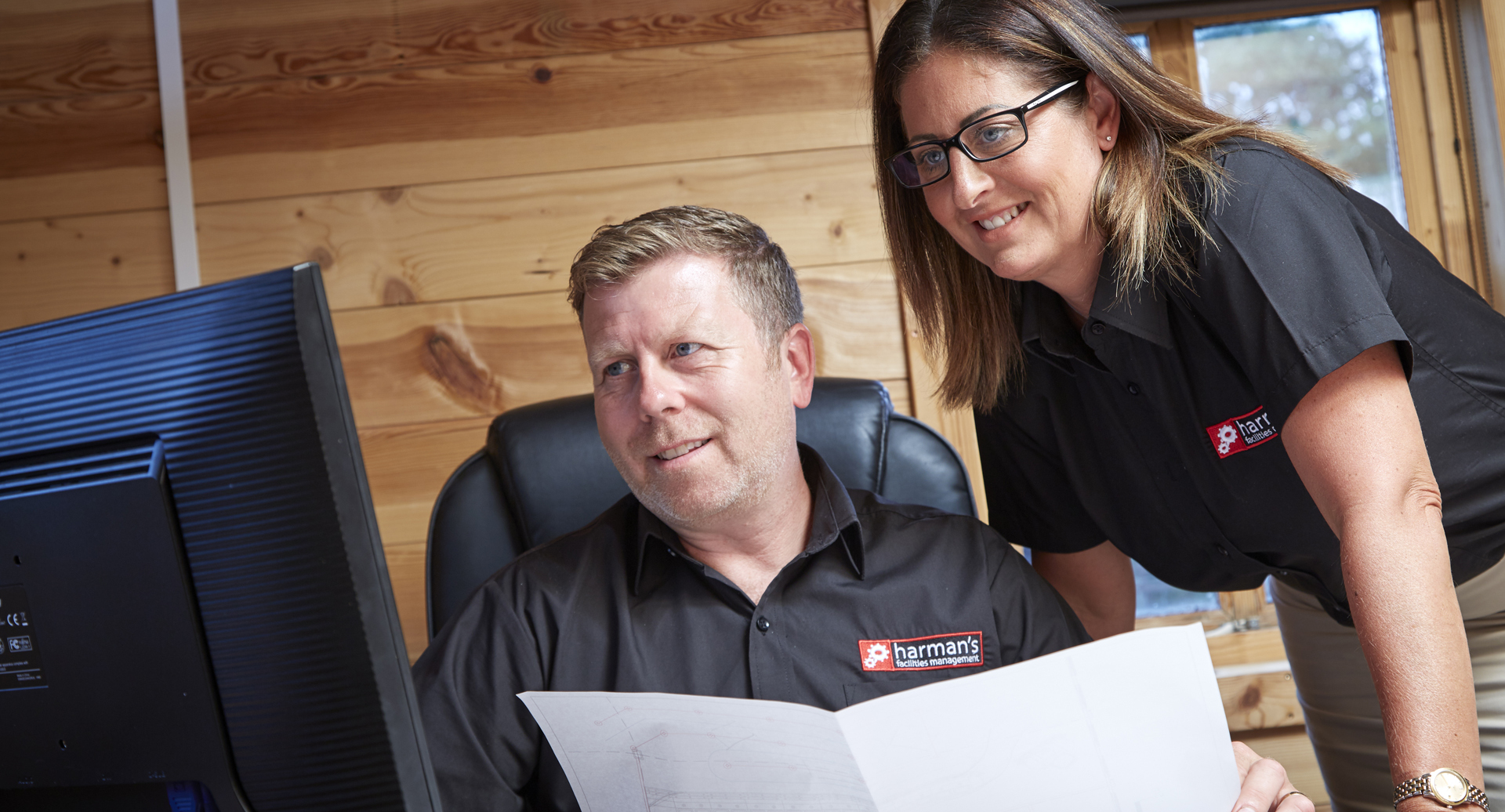 Constantly diversifying
We then expanded into vending machine supplies, and were approached by Guardian Industries, who Carillion had been building the new site and factory for, to provide a 24-hour vending service for their employees.
We were then invited by The Swift Group to provide vending machines for them at their site in Cottingham, full of sandwiches and other fresh produce specially prepared at our facility in South Cave. In 2003, we extended this into providing a full, on-site canteen service for Swift. We now provide a full canteen service for the 1,400 employees working on the Swift site.
“We pride ourselves on providing flexible, tailored solutions for our clients, backed by the very best quality of service, and therefore we’ve grown largely by word-of-mouth recommendation over the years,” said Erika.
In fact construction has become a real theme for Harman’s and we have catered for a number of other major developments over the years, including the building of the new Tesco Distribution Centre for Balfour Beatty; catering and cleaning for the new Junction 36 Development off the M62 at Goole; the A1 upgrade project for Bowmer and Kirkland, and the Doncaster Keepmoat stadium for Carillion; new buildings at the University of York in Acomb for Balfour Beatty and the new Amazon Distribution Centre at Warrington for ISG.
Other companies we have provided catering and cleaning services for over the years include Vivergo Fuels at the BP Saltend site during the development of a bio-ethanol plant; Drax Power Station; Arco and Hornsea School.
We now employ more than 80 people and can scale up as necessary to meet demand using our team of relief and casual workers. Our teams include development chefs, contract managers, cleaners, supervisors, cooks and chefs, catering managers and administrative and accounts staff.
“We only set out to establish a local business and service clients within a one-hour drive,” added Erika.
“But it has grown to significantly more than that. At the same time, we remain very committed to the region in terms of our responsibility as an employer and supporting local suppliers.
“We try to replicate this commitment to giving back in every new locality we operate in, from employing local people to sourcing the best and freshest ingredients from that area.
“We’re committed to building the company into a positive legacy for our two sons, through ethical sourcing and offering an exceptional quality of service.”
If your organisation needs catering, cleaning or other facilities management services, contact Erika and Grant for an informal chat via erika@harmansfm.co.uk or grant@harmansfm.co.uk
Share this post: